A First-timer’s Guide to Mexico City

Whether you saw it listed in National Geographic’s Where to Travel 2019 ranking or you’ve always had a taste for Mexican food, here’s a first-timer’s guide to help make your trip to Mexico City a seamless one.

We answered the most frequently asked questions about traveling to Mexico City. Keep reading to find out our answers, suggestions, and advice below for first-time travelers to CDMX: 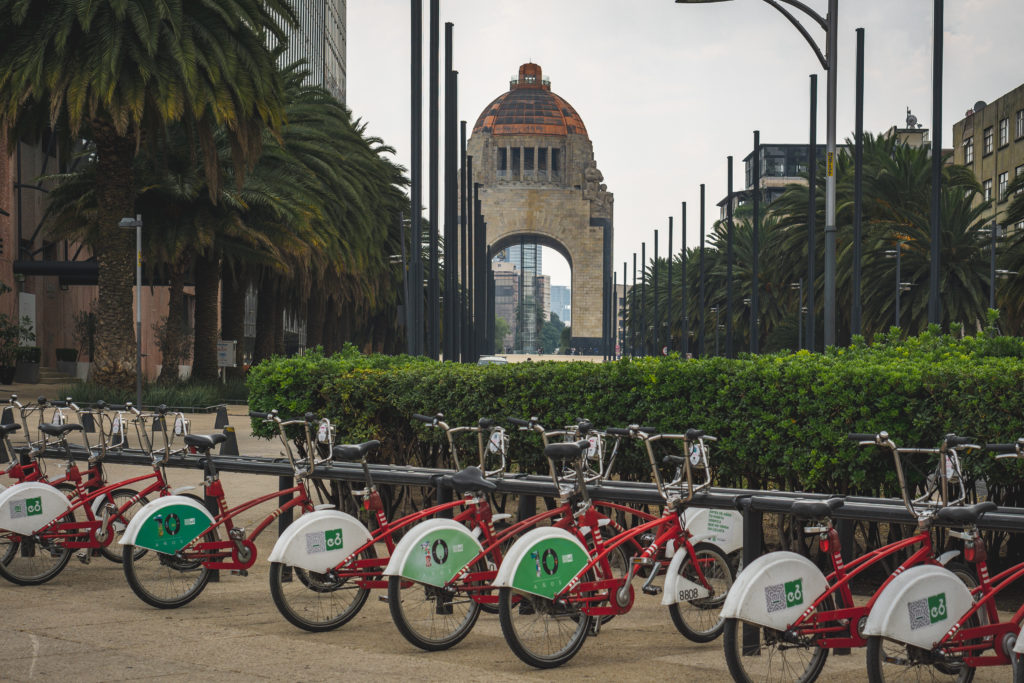 1. What are Mexico City’s best neighborhoods?

Mexico City’s charm comes from its unique neighborhoods. Each “colonia” has a unique style, created by the collection of food, shops, and style of living. In Roma and Condesa, you’ll find beauty in each verdant park, the colorful taquerias and boutiques, and the lively scene in each restaurant or bar. In Centro Histórico you’ll find breathtaking architecture, impressive buildings, and history at each corner. Lastly, make sure you don’t miss out on the city’s most fashionable neighborhood, Polanco. If you crave a dose of luxury, stroll down the main streets, like Avenida Masaryk, and find designer shopping, high-end dining, and modern buildings, like the Soumaya Museum.

You’ll find Mexico City as safe as any other major metropolitan hub, like New York or London. No matter where or who you are, we always recommend taking the same safety precautions. Here are a few things to keep in mind: 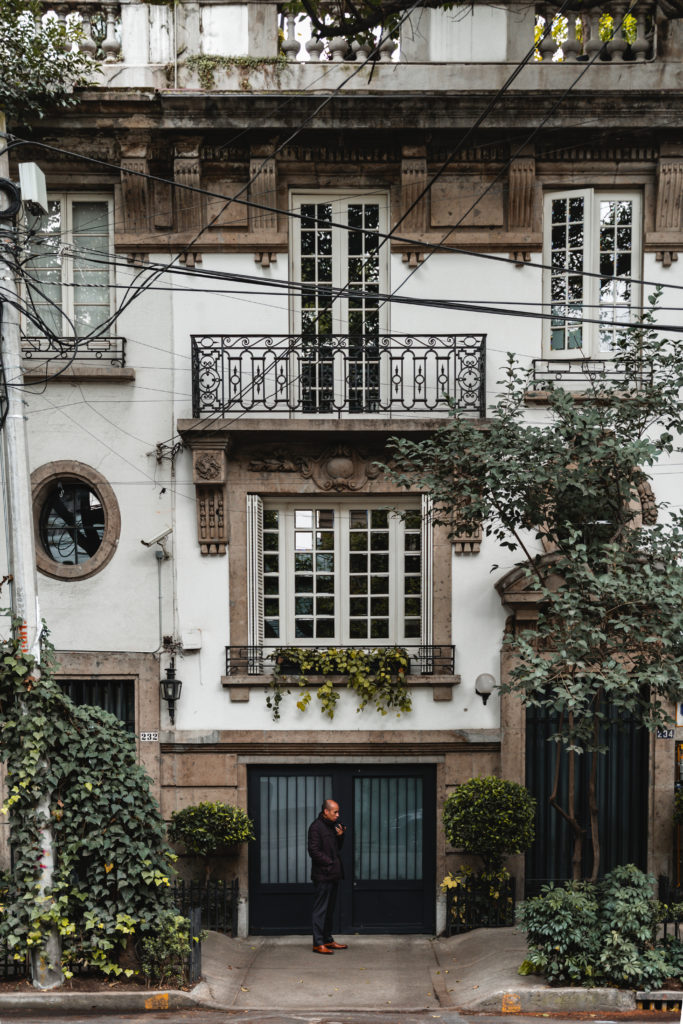 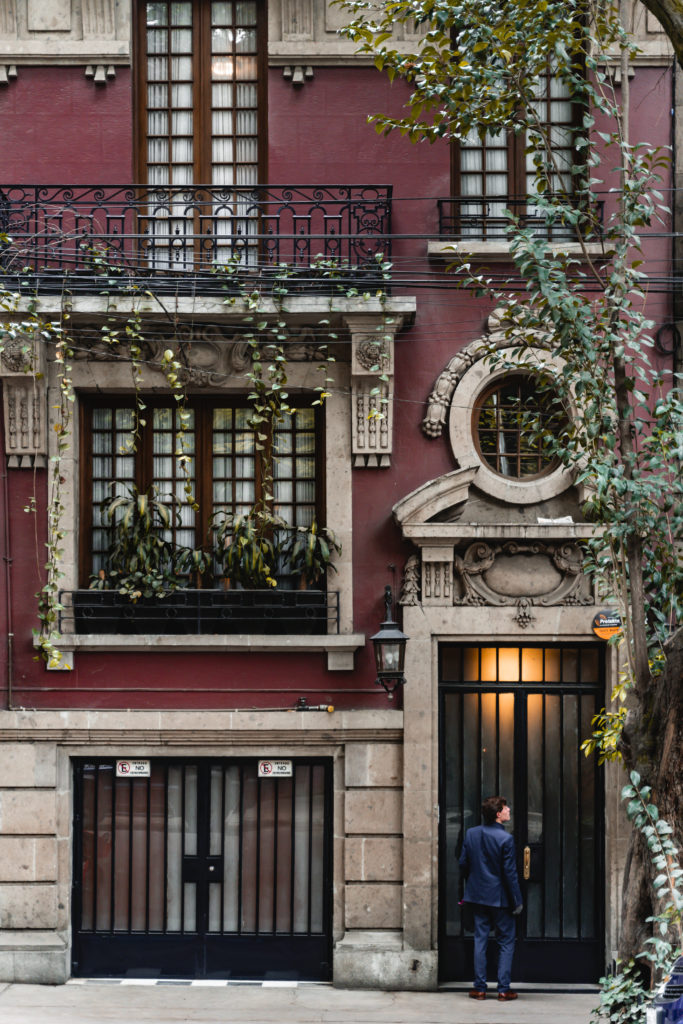 3. What should I avoid in Mexico City?

Generally speaking, you should avoid…

4. Is it safe to walk in Mexico City?

There are many different options for getting around this massive city, each of which offers a totally different perspective. Here’s a brief guide to your transportation options:

The most reliable, least traffic-dependent option. While walking may not seem like the fastest choice, during rush hour, you’ll fly past cars at an unprecedented rate. This low-key mode of transportation is especially recommended for those staying in popular tourist neighborhoods like Roma Condesa, where there are plenty of parks, sidewalks, and city attractions to explore.

Bike lanes exist in many, but not all parts of the city. We definitely recommend safety gear such as a helmet and bike lock. Make sure you stay attentive and aware of your surroundings as you enjoy a magical ride through the varied Mexico City landscape. Casai recently launched the Casai bike service for all stays in Roma Norte; this includes free bike and lock rentals for guests staying in these units.

Rideshares are cheap and accessible. Save your walking for daylight hours and stick to apps like Uber, Lyft, and Beat at night. Rides around the city, excluding further suburbs like Santa Fe and Coyoacán, can cost anywhere from USD$1 to USD$6. We especially recommend this for night time travel.

There is a subway and bus system that will cost you 5 and 6 pesos per ride, respectively. The subway has 12 color-coded lines, with clearly marked signs for each stop. This is best for traveling longer distances within the city. If you are traveling in a smaller radius, try the Metrobús system. These clean, large busses travel in their own dedicated lanes and most have specially designated areas for women. 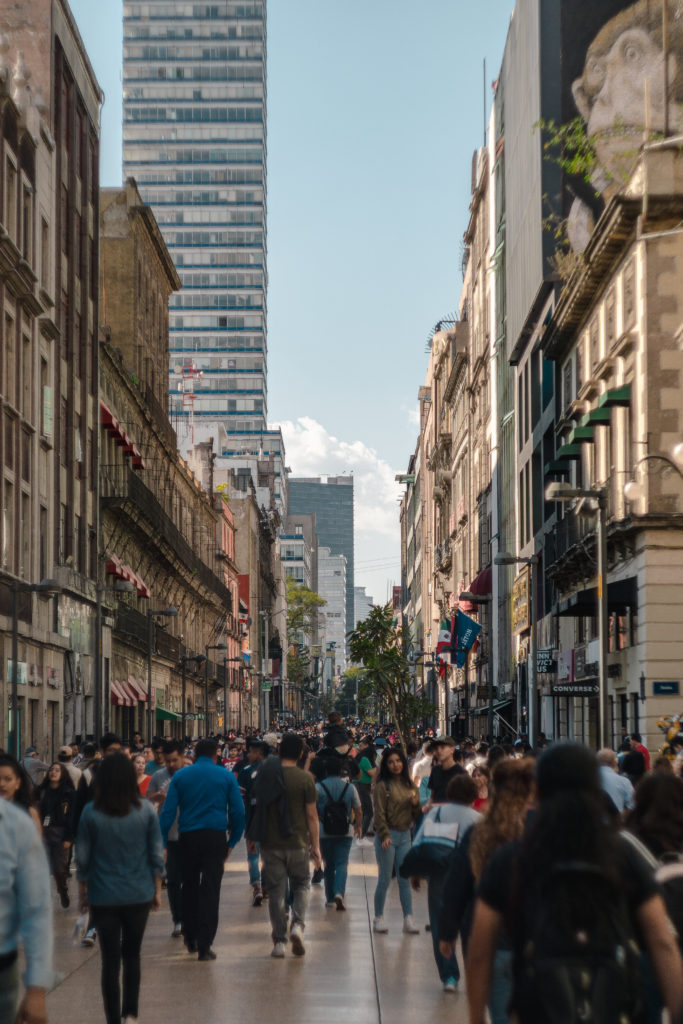 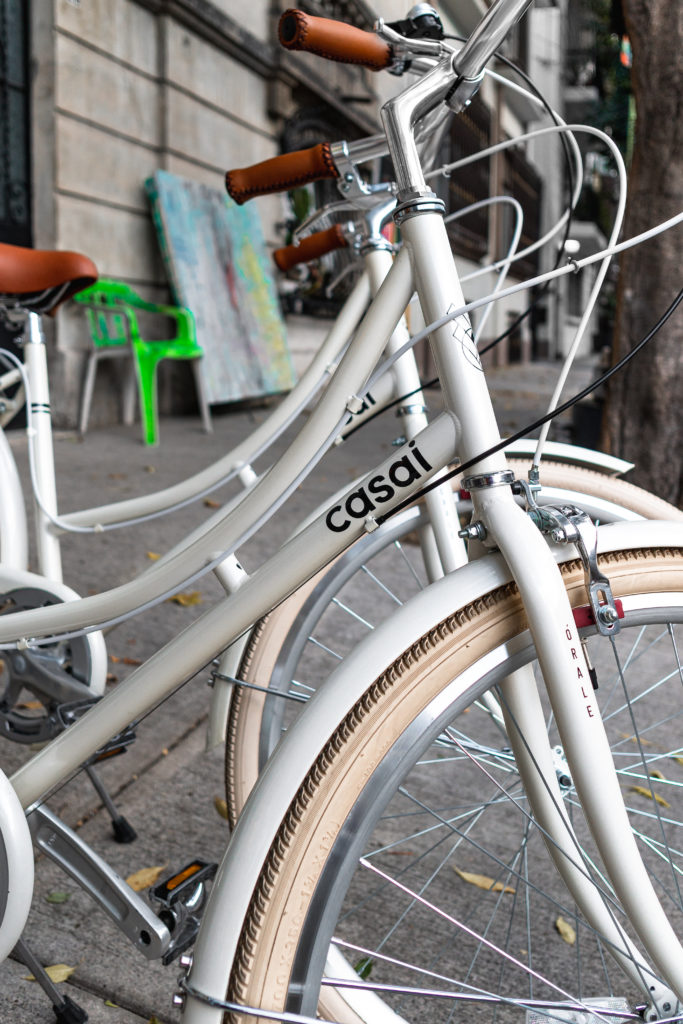 5. Are there any must-do day trips from Mexico City?

Perhaps the most famous day trip from the city is to the nearby ruins of Teotihuacan. Though most of the other ruins in Mexico are of Mayan origin, this large settlement’s creators and inhabitants remain a mystery. The two largest structures, the Pirámide del Sol (Pyramid of the Sun) and the Pirámide de la Luna (Pyramid of the Moon), are climbable, offering excellent views of each other and the surrounding landscape.

If you are looking for an alternative urban experience, check out the nearby city of Puebla. The 2 hour drive Southeast of Mexico City offers some excellent views of Iztaccíhuatl and Popocatépetl, the two large volcanoes that cradle the capital city. Once in Puebla, soak in the colorful streets, old churches, and classic Puebla dishes.

6. Where should I stay in Mexico City?

There are a range of options when it comes to accommodations in Mexico City, from couch surfing to luxury hotels. Most of the larger, high-end hotel chains such as St. Regis, Sheraton, and Four Seasons are in the financial district. If you’re looking for a more local experience, vacation rentals or boutique hotels are your best bet. If you want to have it all – the luxury of the fancy hotel and the opportunity to see where the trendy locals hang out – Casai is your answer. Find fully-equipped, uniquely designed rentals in the best neighborhoods like Polanco, Roma, and Condesa.

7. What should I eat in Mexico City?

Influenced by typical commoners fare, ancient harvests of the Aztecs, and European-style cuisine, Mexico has a rich culinary history. Though some dishes, such as tacos, remain constant, each state and region has developed their own dishes independently. Use this foodie bucket list to guide your eating in Mexico City:

For special occasions, Mexico City has a number of fine dining options. Below are just two of the city’s most highly-regarded culinary experiences.

Pujol
Chef Enrique Olvera opened Pujol in 2000 to create an ever-evolving menu with its roots in Mexican ingredients and techniques. More than twenty years later, Pujol has been repeatedly crowned the best restaurant in Mexico and one of the top 12 best eateries in the world.

Quintonil
Alejandra Flores and Jorge Vallejo’s mission is to express Mexican flavors with a personal touch. In 2012, the couple opened the doors to Quintonil to carry this mission out. In less than a decade, the restaurant has climbed the ranks on The World’s 50 Best Restaurants list (currently ranked 24) and holds eleventh place on the 50 Best Latin American Restaurants list.

8. What is the cost of living in Mexico City?

Generally speaking, the cost of living in Mexico is much lower than the United States. Rent prices for an individual in the city center can range from USD$300 to USD$1300, depending on roommates, location, and other amenities. Monthly expenses, excluding rent, for an individual are about USD$550 on average. Meals generally range from USD$4 to USD$10. In a city this large, there is something for every budget and lifestyle.

9. What museums are in Mexico City?

With 150+ museums to choose from, the options might seem overwhelming. We narrowed 150 down to 5. Check out our top picks:

Museo Frida Kahlo, Casa Azul
Make visiting Coyoacán a full day trip, but make sure to start your day here. Reserve your ticket in advance or face long lines that can wrap around the surrounding blocks. Inside, you’ll gain an intimate look into Frida Kahlo’s Casa Azul, including some personal items, clothing, and her gorgeous courtyard and garden. 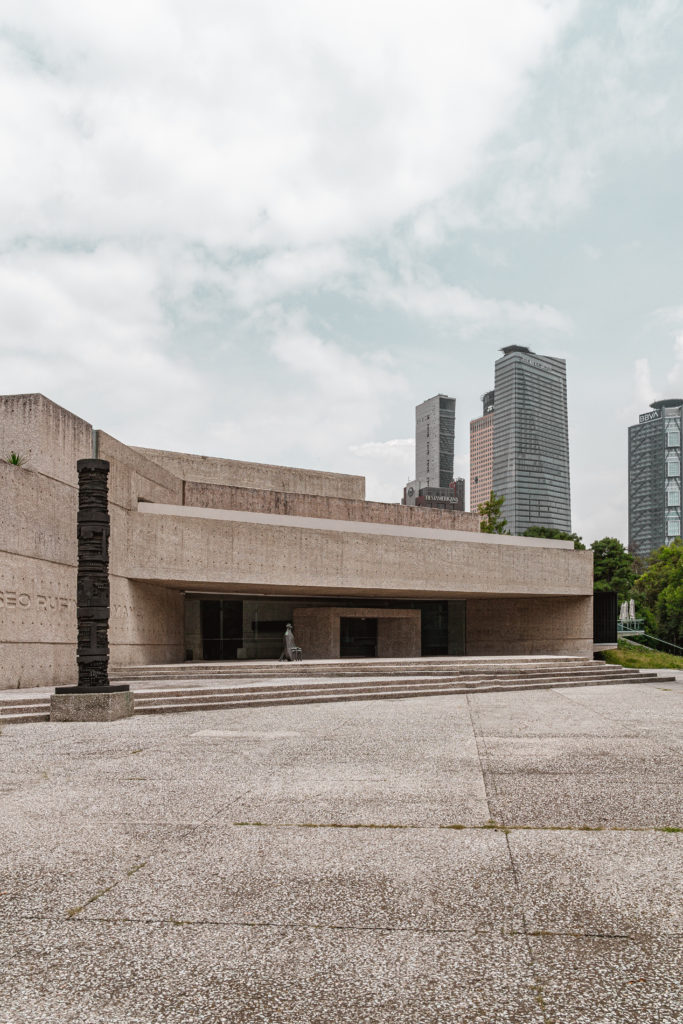 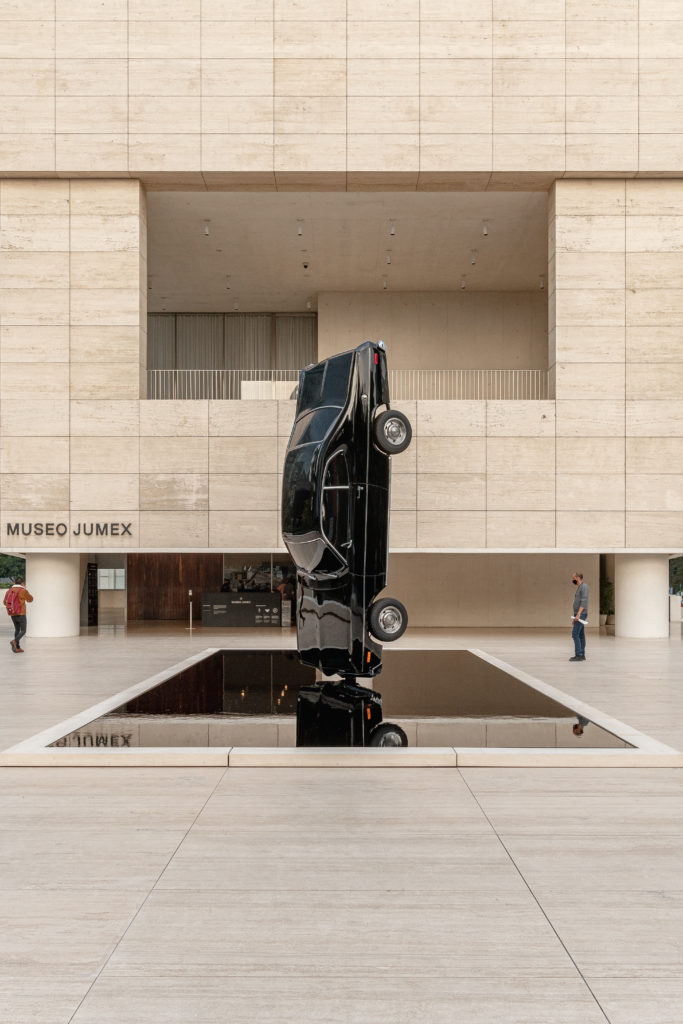 Located in Bosque de Chapultepec, you’ll find this impressive museum that tells the long and complex story of the history of Mexico. Wander from exhibit to exhibit in chronological order or skip around and discover amazing artifacts in your own path. Make sure you don’t miss the museum’s crown jewel:  la Piedra del Sol or the Aztec Calendar.

What began as Eugenio López Alonso’s private art collection has grown into one of Latin America’s most extensive and important contemporary public art museums. This unique museum features communal spaces designed for visitors to meet and relax, as a way to complement their experience.

When strolling around the central lake in Chapultepec, you will surely notice the stately castle at the top of the hill. Inside, read about this historic home while enjoying breathtaking views of the park.

While not technically a museum, this architecturally significant structure is worth your time. Wander from room to room, taking in the impressive collection of books, beautiful art, and tranquility of this amazing library. Biblioteca de Mexico houses the personal collections of many famous Mexican writers including José Luis Martinez.

10. What parks should I visit in Mexico City?

Visiting a city of 8.85 million people is no small feat. If you find yourself pining for some green space to offset the time in Mexico City’s concrete jungle, there are plenty of options. We’ve compiled a list of some of the best:

This forest is one of the largest city parks in the Western Hemisphere, stretching 1,695 acres in total. Divided into three distinct sections (that get more quiet as you move further away from Paseo de la Reforma) you will find a wide variety of activities, people, and animals. Chapultepec is a must-see for any Mexico City visitor. 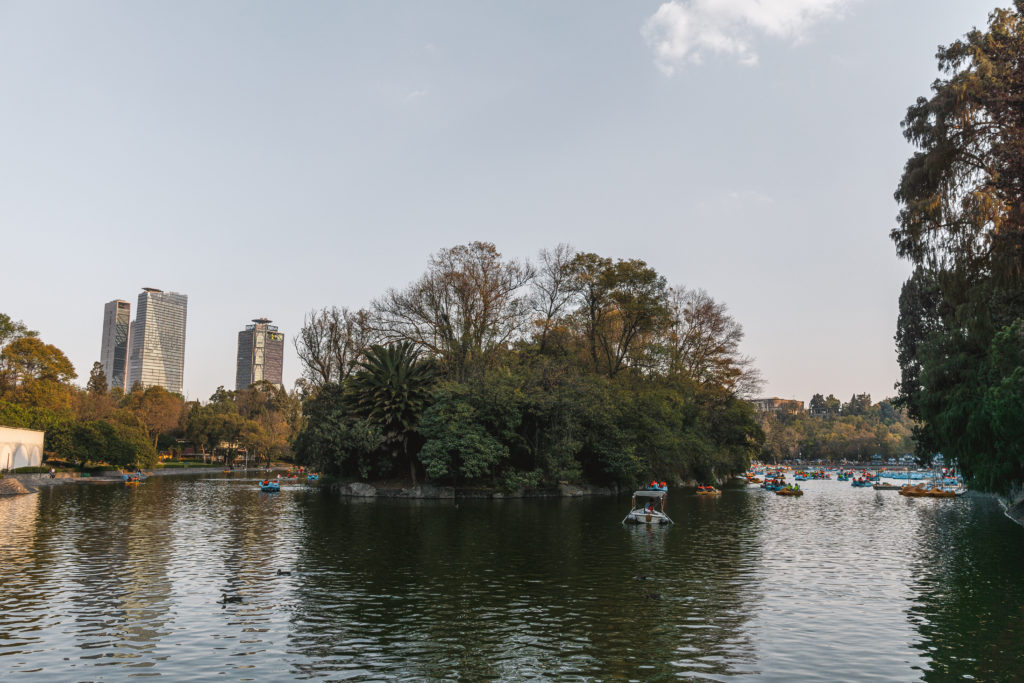 In the Hipódromo district of the Condesa neighborhood you’ll find this massive green oasis. It’s fitting that this park, found in an artistic neighborhood of the city, has many fountains, ponds, waterfalls, and statues that visitors can explore on organic, winding pathways.

Take a brief break from shopping and dining when you visit Polanco to bask in the sun in this quaint park. On Sunday afternoons you’ll find families, friends, and tons of dogs.

There’s a lot to consider when traveling somewhere new. We hope this guide provides some useful information when planning your next trip to Mexico City.

Looking for a place to stay in Mexico City? Choose from over 200 boutique vacation rentals at casai.com.