Celebrate Day of the Dead 2022 in Mexico City

Don’t let the sugar skull candies, or its proximity to October 31st, make you think The Day of the Dead is a Mexican version of Halloween. While Halloween is a night of terror and mischief, The Day of the Dead, or Día de los Muertos, is a celebration of life. There’s a reason UNESCO declared Day of the Dead in Mexico an “Intangible Cultural Heritage of Humanity”.

Its mix of ancient indigenous and Catholic practices makes this holiday an important religious event across the country. Every November 1st and 2nd, locals pay their respects to their deceased family members. They create ornate altars and leave food offerings for their loved ones to enjoy, dress up as skeletons, and eat delicious seasonal dishes.

If you’re yet to book your November flight to Mexico City, this is your sign. Here are our top plans to enjoy “Día de Los Muertos.”

From Mesoamerica to Mexico City

The roots of the Day of the Dead go back some 3,000 years to the rituals honoring the dead in pre-hispanic Mesoamerica. The Aztecs held a cyclical view of the universe and saw death as an integral, ever-present part of life.

The world that the Aztecs knew has drastically changed, but many cities across the country are keeping the memory alive. Although this is a nationwide affair, Mexico City is a favorite among tourists and locals alike.

Flights to the capital are often the cheapest out of all destinations in the country. Plus, if you’re setting base in Mexico City, you’ll be able to explore the surrounding areas, full of unique cultural and natural offerings, including Teotihuacán – which fittingly features the “Calzada de Los Muertos” or Valley of the Dead.

And, if you choose wisely, you’ll be within walking distance of colorful streets, mind-blowing museums and cultural affairs happening throughout the month.

Watch the Day of the Dead parade

If you’ve seen the opening scene of the James Bond movie, Spectre, then you’ve had a small taste of the colorful and lively Day of the Dead parade in Mexico City.

Rumored to have been inspired by this Hollywood classic, this parade is an all-day event. When you attend, you’ll witness a cavalcade of giant skulls, locals dressed as skeletons and ornate costumes portraying La Catrina, and traditional folk dance.

If you’re planning on watching this year’s Day of the Dead parade live, here are a few of our recommendations: 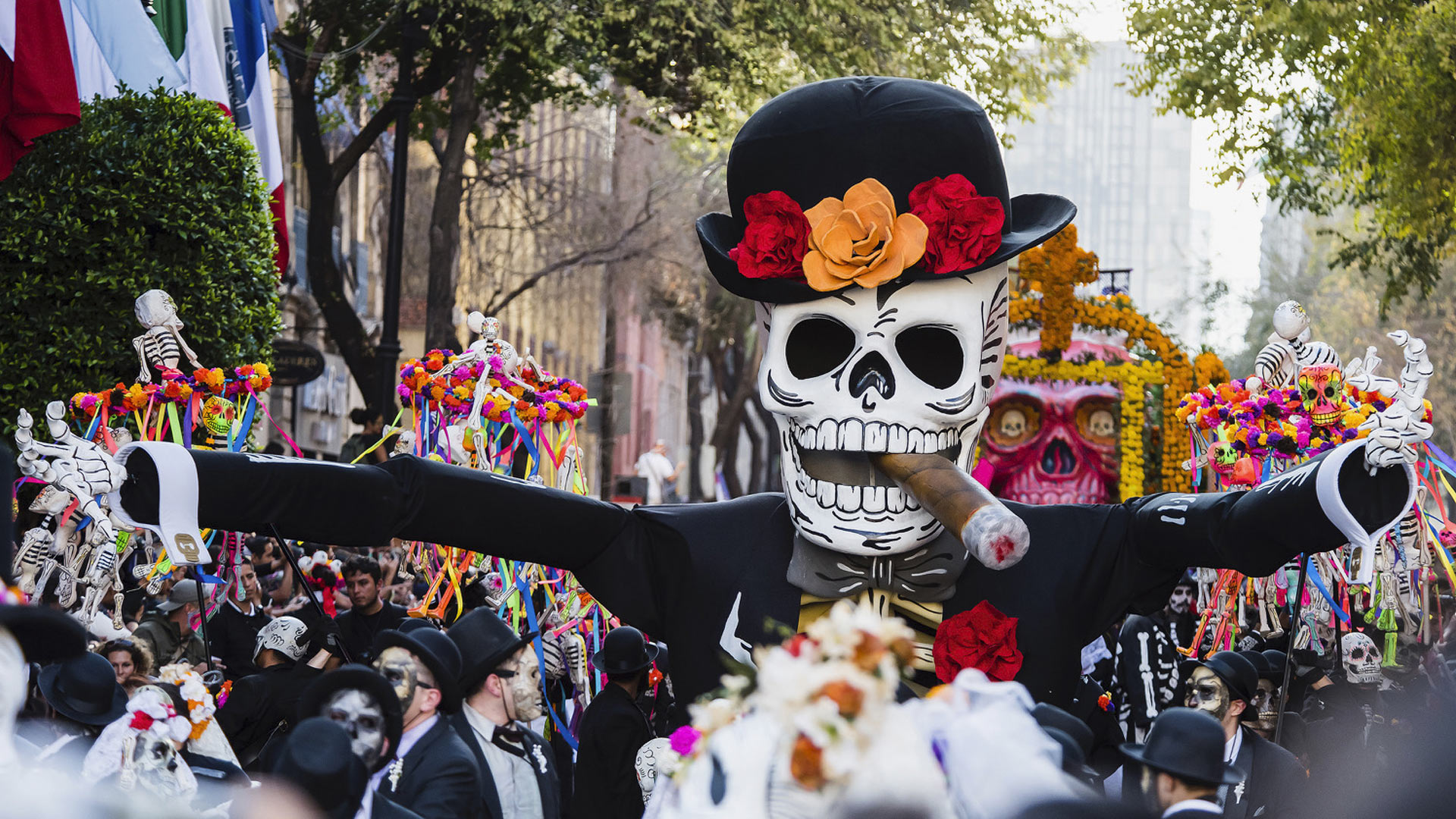 If you’re planning on watching the parade, this centric Casai was made for you. The colorful rooms will get you in the mood for the cultural kaleidoscope you’ll experience during the holiday!

And once that’s done, you can recharge on a private balcony while enjoying a sweet morning espresso. 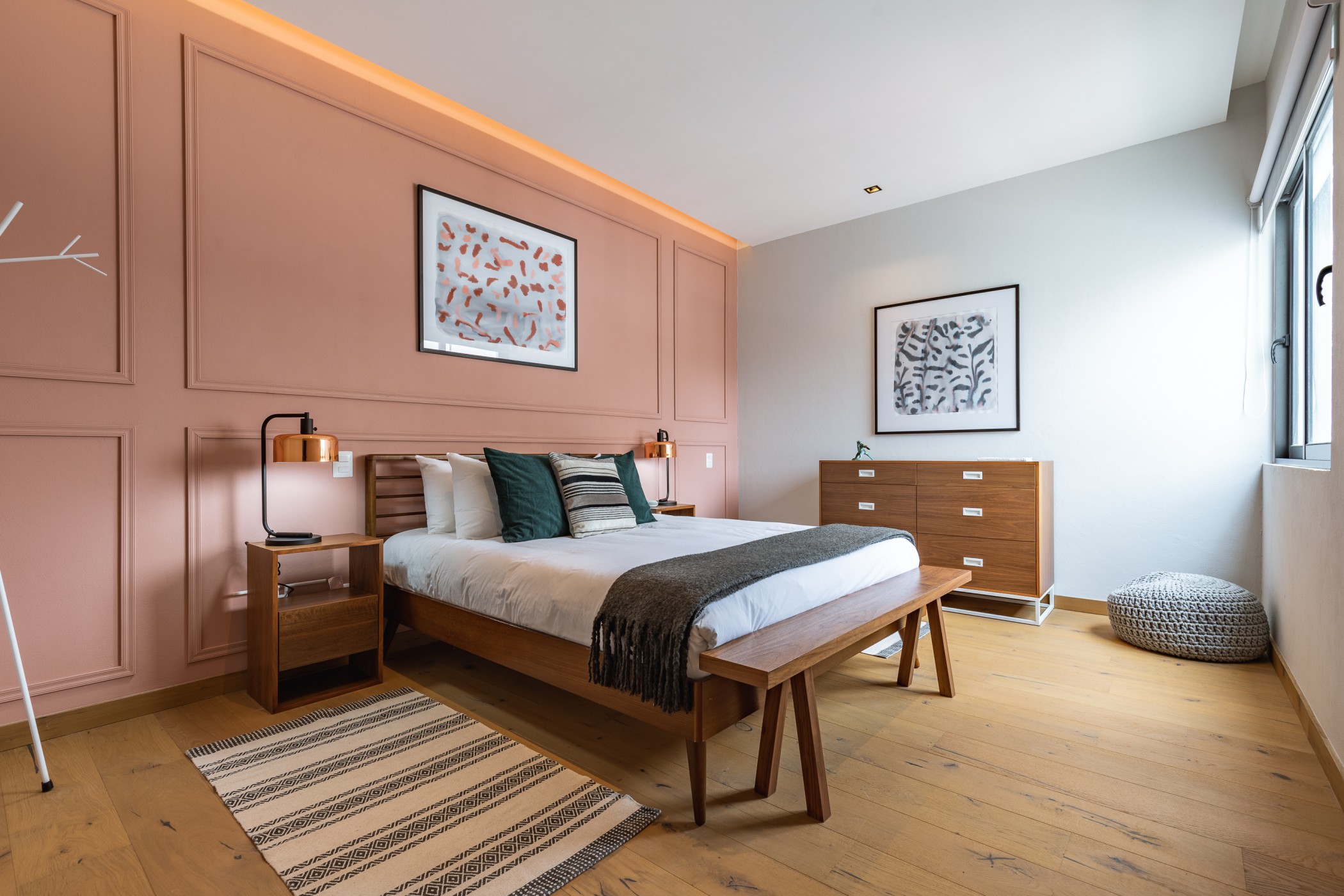 Every year during Day of the Dead celebrations, the Xochimilco neighborhood is filled with color and an exciting buzz.

Touring the traditional canal while listening to legends of the area or while passing by the creepy doll island, are just some of the activities available on this date.

A “traditional” Xochimilco tour often involves plenty of beer and booze. But during Day of the Dead tour, you’ll get to enjoy coffee, chocolate, and pan de Muerto.
You’ll be pleased to know that this tour benefits the local communities!

Take a nighttime ride in a decorated trajinera adorned with lit candles, Mexican Marigolds, and a small traditional altar. And keep your ears open for the true tale of La Llorona.

If you’ve fallen in love with Mexican Marigolds, the gold accents across this Casai will keep you smitten all day long.

This apartment is found in the trendiest area of Roma Norte, a section booming with art and culture. After a spooky night, you can bask under the sun on a private patio and enjoy a home-cooked meal in the fully equipped kitchen.

If you need to tend to business at any time during your stay, you’ll count on High-Speed WiFI and smart home tech – Chromecast-powered TVs, Google Home, and Smart Lock Access. 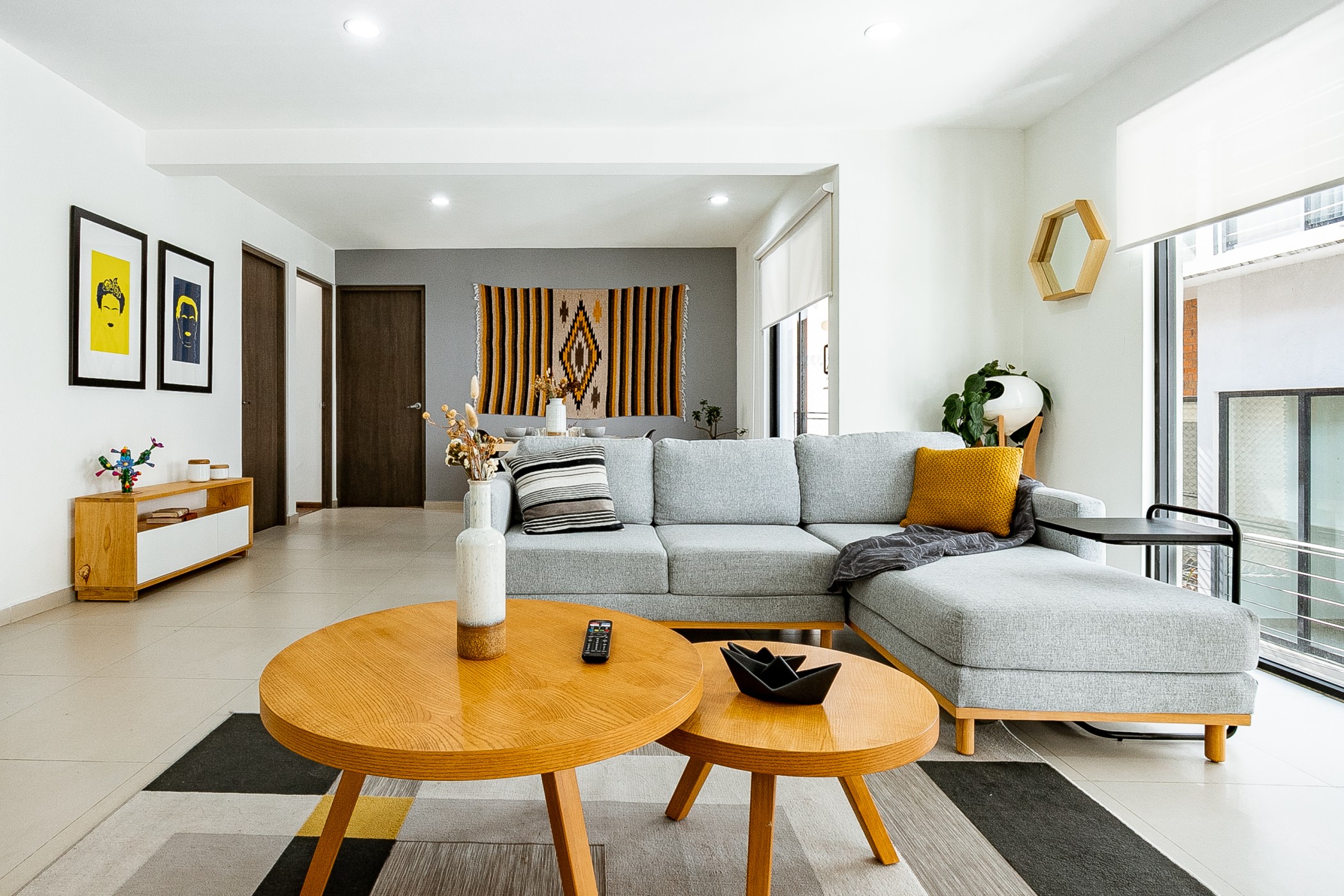 Have you tried Pan de Muerto yet? If not, you’re in luck. And if you have, you’re even more in luck because you know what you’re missing!

Chocolate, coffee and fresh Pan de Muerto are a staple during October and November in Mexico. And the Pan de Muerto festival is a great excuse to explore the city’s southern side.

More than 100 stands will gather in the Jardín Hidalgo, in downtown Coyoacán, to delight attendees with typical Day of the Dead dishes and all the varieties of Pan de Muerto you can imagine. This mouthwatering treat awaits on October 30 and 31st.

To complete your Day of the dead in Mexico, there will be a catrinas and catrines contest happening on November 2. 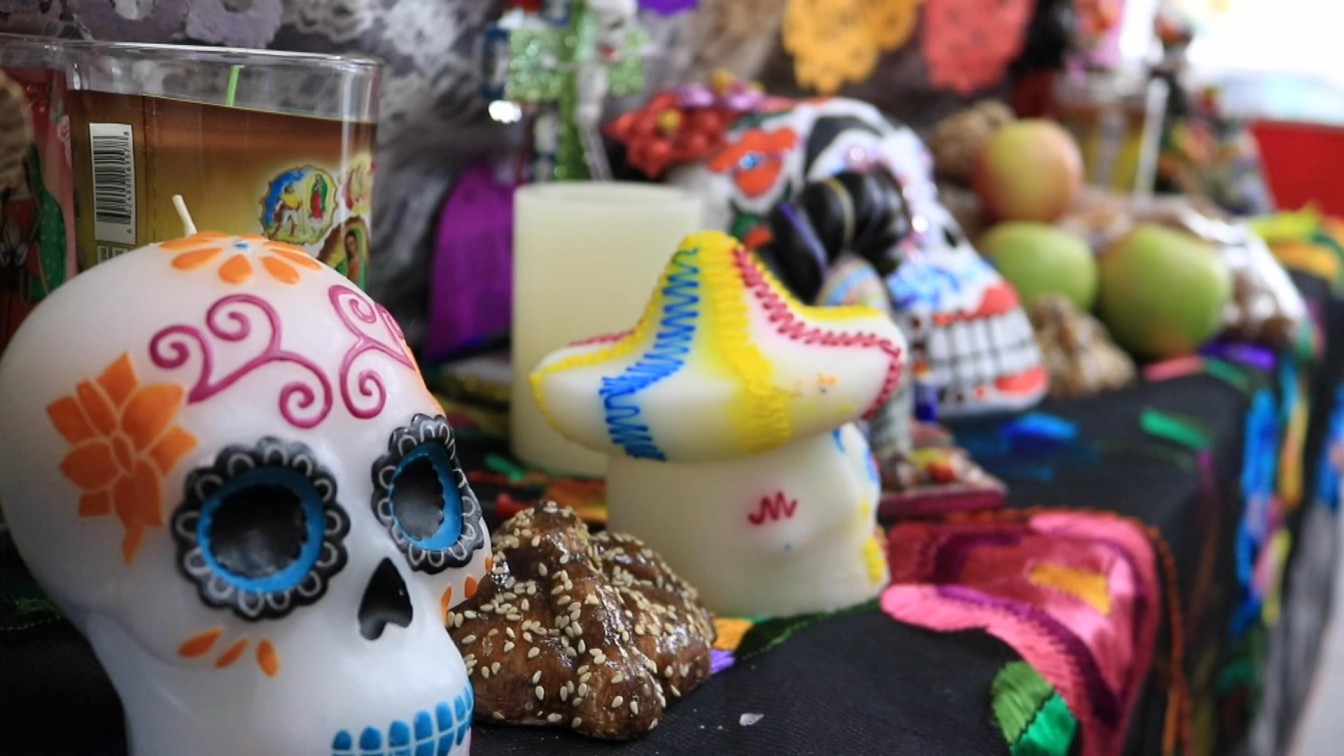 Perhaps you’re tempted to host your very own Pan de Muertos festival. In that case, this spacious apartment is perfect for you.

It has two bedrooms and three bathrooms, perfect for hosting a vivacious party of four.

Its ample dining room opens to a private terrace and is connected to a luxurious, fully equipped kitchen.

Best of all, the patio is artfully shielded from the street, so you can choose to have a private night in or explore the bustling streets of Polanco. 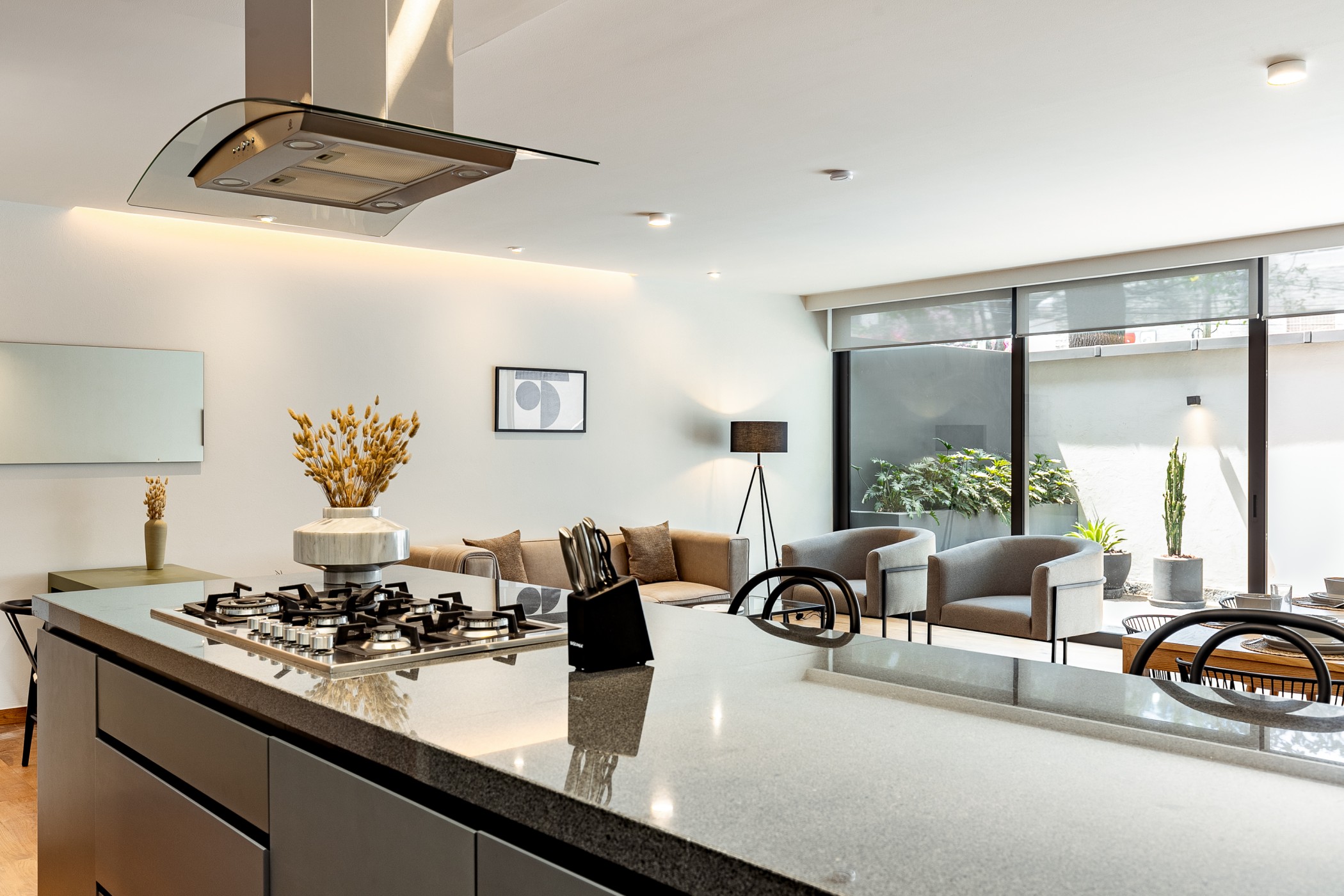 Enjoy a spectacle among the ruins of Teotihuacan

The town of Teotihuacan performs multiple rituals and ceremonies to commemorate the Day of the Dead.

From October 31 to November 3, you can live unforgettable experiences that will take you deeper into Mexican traditions.

This place is the scene of the catrinas summit, which year after year receives thousands of people dressed as skulls to parade.

If your idea is to dress up in costume, you can do so and tour the entire archaeological zone of Teotihuacan. And at the end of your tour, stay to enjoy a video mapping show projected in the main square.

Surround yourself with more Mexican-inspired designs in this sunlit studio.

And if you need any help narrowing down your plans for the evening, our digital concierge team will be available 24/7. 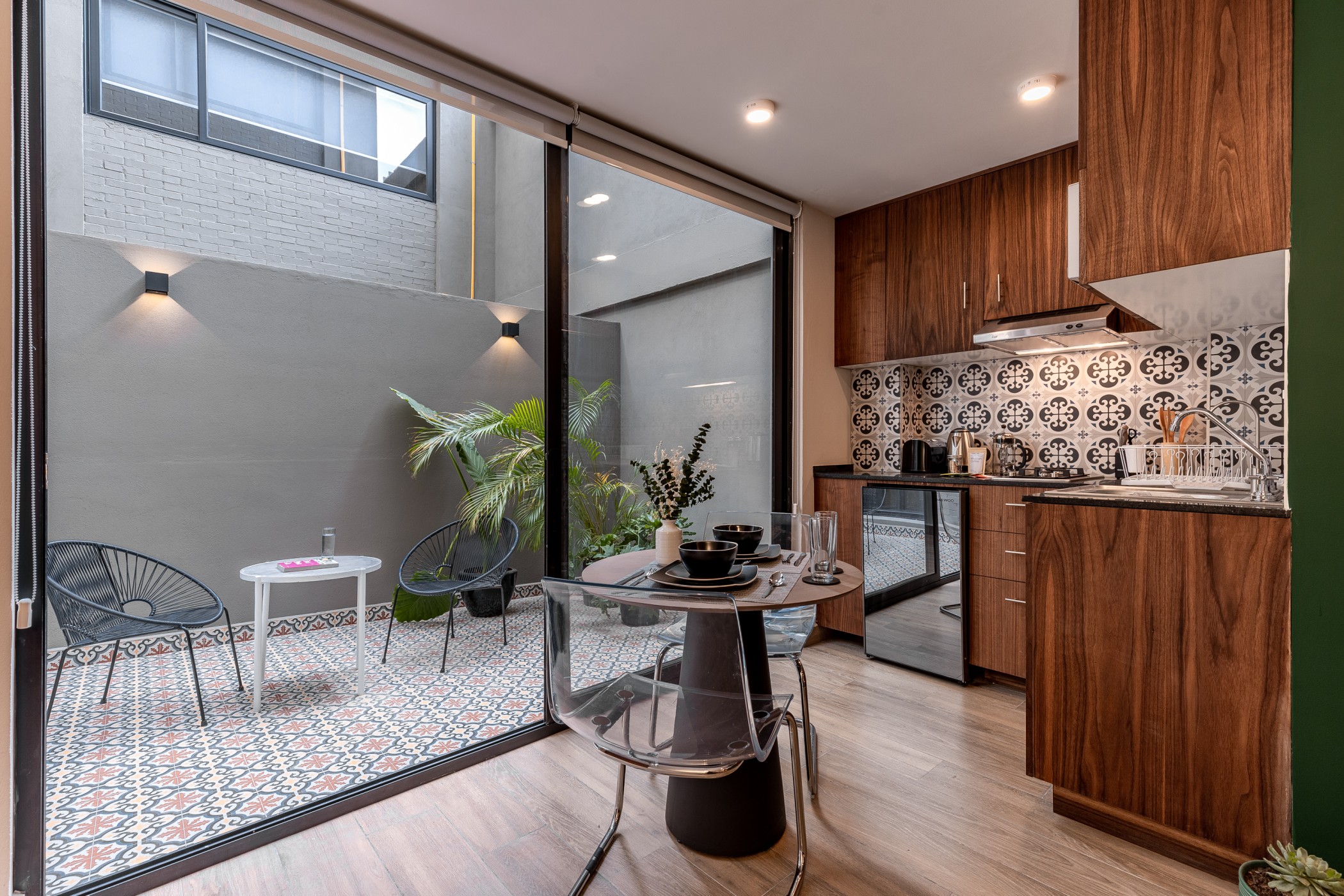 Looking for a place to stay in Mexico?