The Ultimate Guide to The Best Attractions in Pinheiros, São Paulo

Pinheiros is one of the coolest neighborhoods in São Paulo. In this hipster area, you’ll find trendy art galleries, vibrant bars, and great restaurants. Pinheiros combines all the convenience of a residential area with the buzzing nightlife of a student quarter. Discover the best attractions and trendiest spots in this ultimate guide about Pinheiros, a top choice place to live and go out in São Paulo.

Historians consider Pinheiros to be the first neighborhood developed in São Paulo due to its strategic location beside the Pinheiros river. In fact, the name “Pinheiros” is a reference to a type of pine tree very common in the region.

Studies had shown that Largo da Batata was the place where the first indigenous tribes settled in the 16th-century.  The name “Batata” – which means “potato” – had appeared many centuries later as a reference to the Japanese immigrants that used to sell potatoes in the Pinheiros Farmers Market.

Nowadays, Pinheiros is one of the most sophisticated neighborhoods of São Paulo and it benefits from a variety of services and leisure activities. Some of its most important roads include Marginal Pinheiros, Brigadeiro Faria Lima, and Rebouças Avenue. 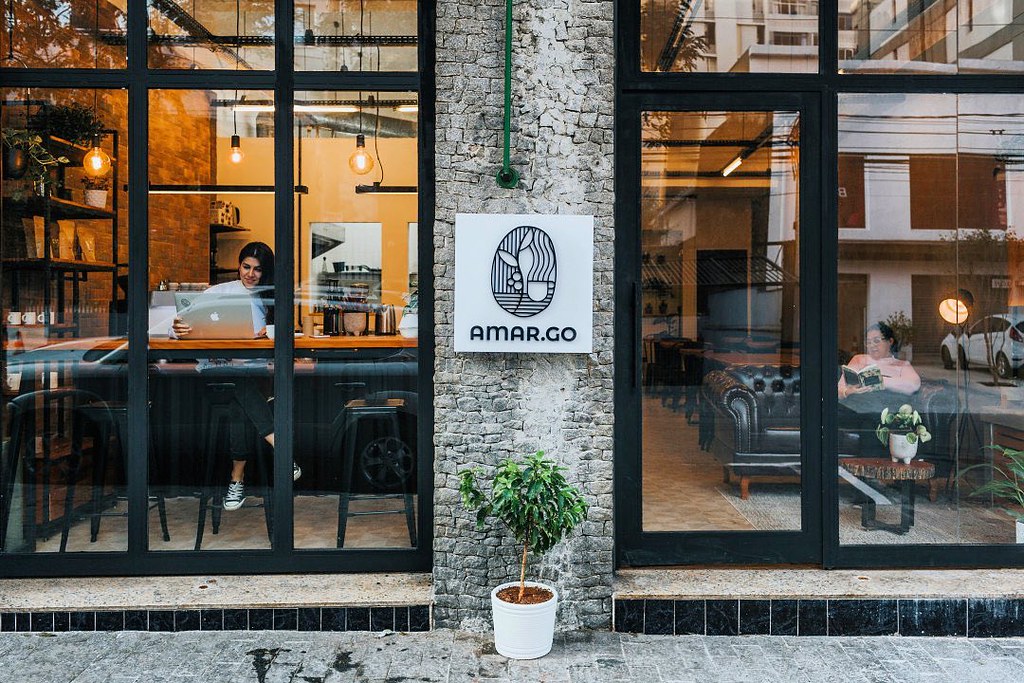 This is the place to be if you like cool bars and trendy restaurants. You can find many options on this vibrant street but we strongly recommend Cozinha 212 for a special dinner. The delicious Mediterranean food and the exotic cocktails will certainly make your night.

If you’re just passing by Pinheiros Street, stop for a quick coffee break at The Coffee Pinheiros. This minimalistic cafe combines the excellence of Brazilian coffee with the perfection of Japanese service.

On this street, you can also find some authentic shopping experiences. One of the most interesting stores is Insecta Shoes, whose shoes are made only from recyclable, eco-friendly items.

If you visit Largo da Batata during the day, you won’t see much. However, when the sun goes down, this place transforms into one of the best places to enjoy the vibrant nightlife of São Paulo.

Its lively bars and restaurants are among the local’s favorites. Here you will enjoy charming restaurants, such as Fitó Cozinha and premium craft beer from Goose Island Brewhouse. Largo da Batata is located beside Faria Lima Avenue, near the subway station.

For a quiet night out, go to Cônego Eugênio Leite Street where you will find fantastic places with innovative ideas. For example, Futuro Refeitório restaurant promotes a sustainable lifestyle. It has a unique decoration inspired by a parking lot and delicious organic plates on the menu.

Vegans will love Purana.Co restaurant. This place is owned by Alana Rox, author of ‘Diary of a Vegan’, and it was voted as the best vegan restaurant in São Paulo by a local magazine two years in a row. Its menu is 100% vegan and gluten free. 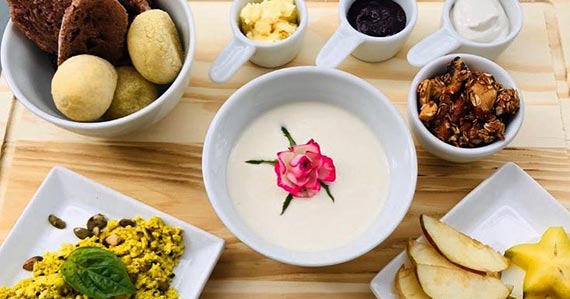 Established in 1910, this is one of the most traditional farmer markets in São Paulo. Stumble around its stores selling cereal and grains, meats and flowers, in addition to fresh fruits and vegetables. Within the 4,000 square meters of Pinheiros Market, you will also find local breweries and an Italian pizzeria. The market is located near Largo da Batata and Faria Lima Avenue.

You can find everything here, from vinyl records to souvenirs for tourists. After buying all you need — and some cute stuff you don’t — stop for a local snack while appreciating a live concert of chorinho music. Nearby there are plenty of restaurants and bars in case you decide to continue your day out.

This museum was designed to host exhibitions about contemporary art and architecture and it was named after one of the most prominent painters in Brazil, Tomie Ohtake. You can find some of her artistic work spread across the city, such as the Monument for the Japanese Immigration in 23 de Maio Avenue and the paintings inside Consolação subway station. Tomie Ohtake Institute is free to enter and it’s located on Faria Lima Avenue.

A regular stairway that was revamped into a beautiful open-air museum by the street artist, Eduardo Kobra. He used his vibrant colors to tell the story of Brazilian ballet dancers, such as Mel Reis. She dances using a mechanical leg after having been in a car accident. You can see the graffiti displaying Mel Reis in the middle of the stairs.

The access to Escada das Bailarinas is free and it is at Alves Guimarães Street near Cardeal Arcoverde Street. This is a must-see attraction if you want a colorful Instagram feed to show your friends.

Beco do Batman has become one of the most visited attractions in São Paulo and it’s located in the Vila Madalena neighborhood, near Pinheiros. Its peculiar name is due to the street’s first graffiti — a painting of the comic-book hero, Batman.

Nowadays it requires some time to find the painting, since all the walls in this alley are covered with vibrant graffiti that your Instagram followers will love. Take some time to explore Beco do Batman or just appreciate the local artists from one of the many bars available in the area. 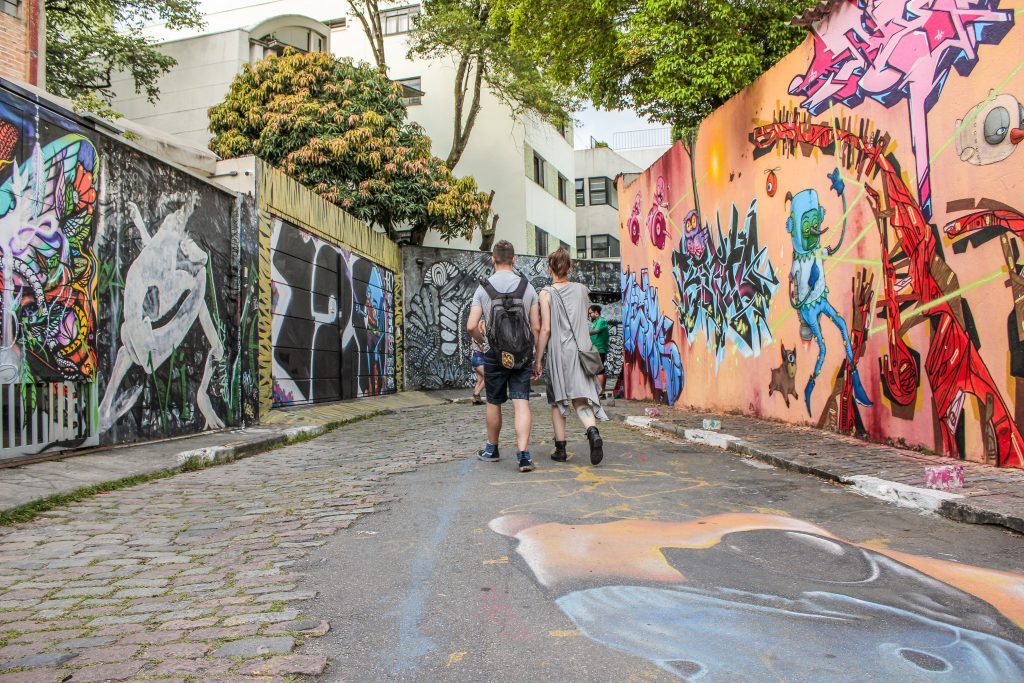 Top parks to visit in Pinheiros

As its name, Sunrise Square, might suggest, this is the perfect place to enjoy sunset views amidst the skyscrapers of São Paulo. The popular Pôr do Sol Square is located on a hill in the Alto de Pinheiros neighborhood.

It has walking paths, a playground for kids and a lot of space for a picnic. The square is temporarily closed to avoid crowds but you can check some beautiful pictures of its sunset views on Instagram.

Pinheiros neighborhood is where you’ll find the beautiful Villa-Lobos Park, named after the famous Brazilian composer, Heitor Villa-Lobos. The park is more than 700,000 square meters and has excellent walking paths. Take your dog for a walk or just ride your bike for a journey with a view. Surrounded by trees, this park is perfect for a picnic on a sunny day. The park is located in Alto de Pinheiros, near Villa-Lobos Shopping Mall.

Pinheiros Guide: Best way to get around

Pinheiros is one of the easiest neighborhoods to get around in São Paulo. You can call an Uber or a 99 car or ride your bike along the cycle lanes in Villa-Lobos Park or near Pinheiros River. Pinheiros also has easy access to the yellow line in the subway.

Where to stay in Pinheiros

A sophisticated duplex with an exclusive design in a top location in Pinheiros neighborhood. You will be five minutes away from Beco do Batman and Cônego Leite Street. 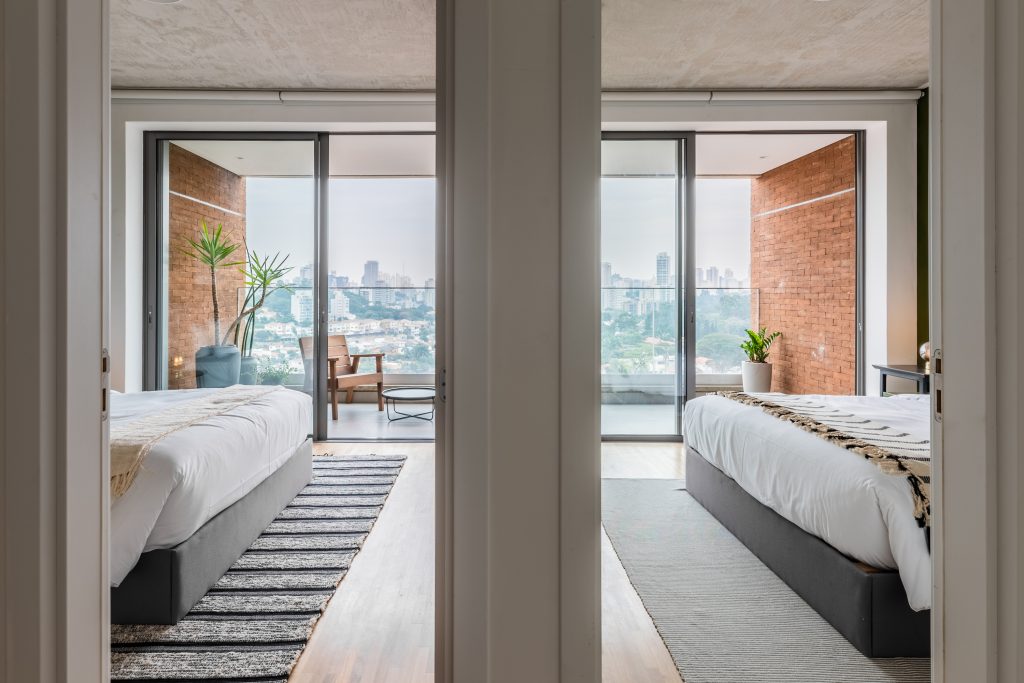 This spacious two-bedroom apartment is located only three blocks away from the famous Paulista Avenue with less than 10 minutes by car from Pinheiros neighborhood. Take advantage of this privileged location to explore the best attractions of São Paulo city. 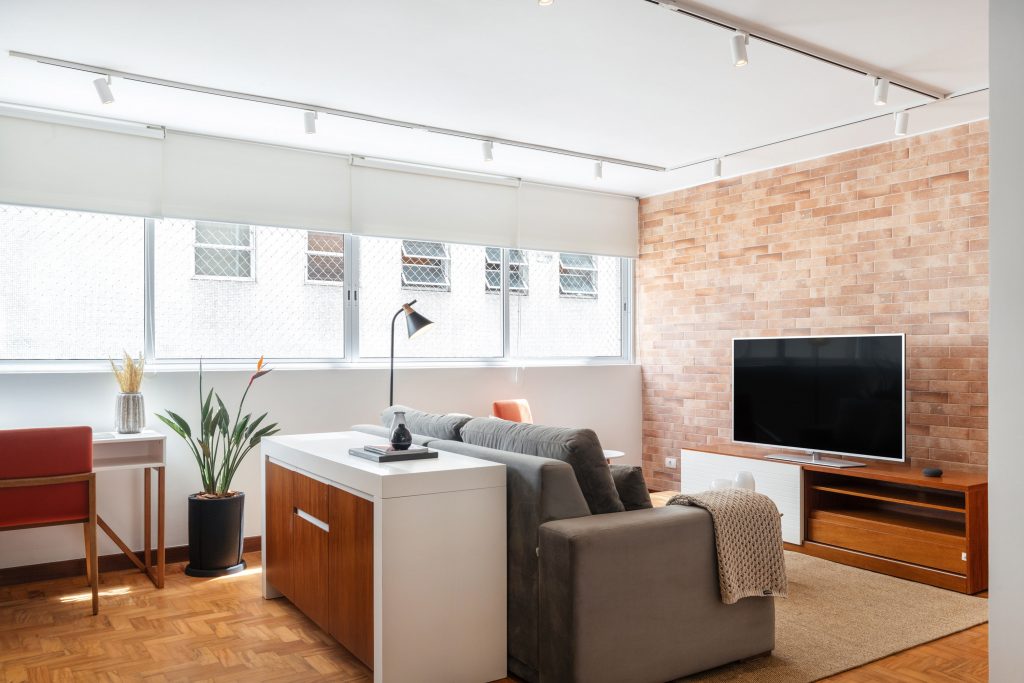